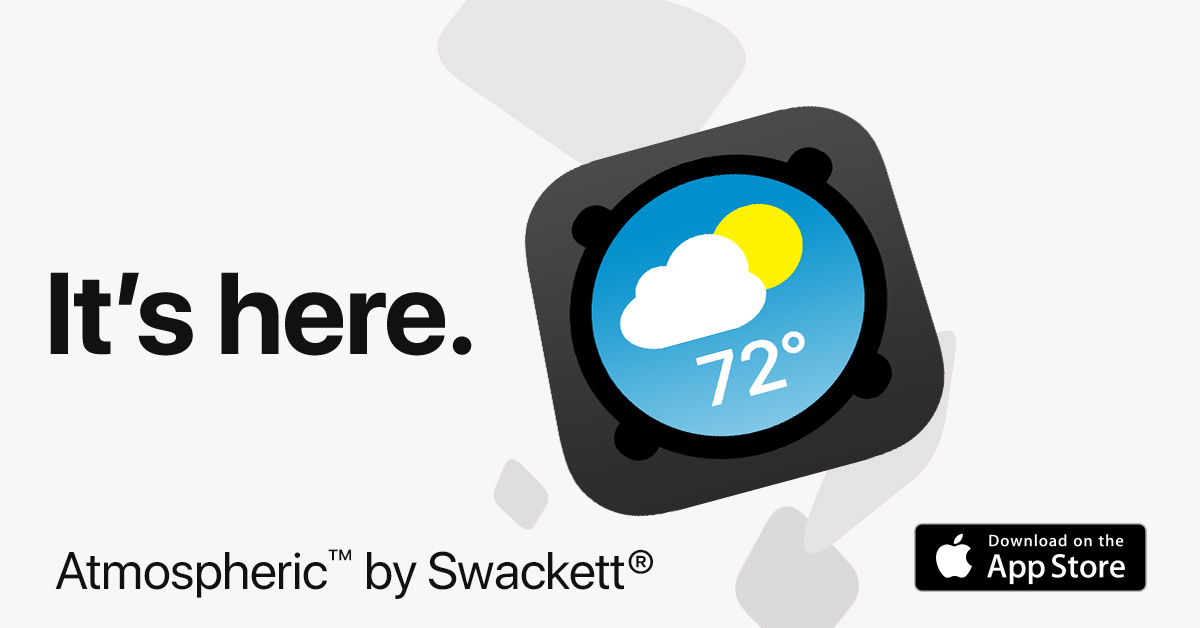 Atmospheric™ by Swackett® is an elegant weather observation instrument with a retro, 1950’s-era feel. Replicating the look and feel of a mechanical device in every detail, Atmospheric’s vintage gauges and dials are faithfully reproduced in stunning high resolution. Special attention is paid to mechanical functionality — with the gauge needles even responding to subtle bumps and inertia..

Atmospheric will transport you back to time when meteorologists, the aviation industry, and weather enthusiasts around the world used mechanical gauges and dials to observe weather conditions.  This app is a must-have for any iPad or weather enthusiast. 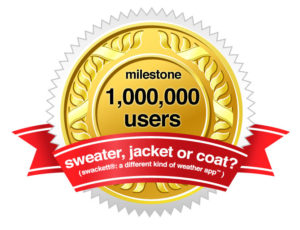 Swackett achieved a new milestone on Christmas day, 2011: 1 million unique users worldwide. This milestone comes less than one year after the launch of the swackett product line.

“This is a Christmas present our app and our users gave to us,” said Swackett creator C. Scott Gilbert. “We could not be more humbled or grateful. What a wonderful Christmas gift!”

Recently Swackett X has been named a Best of Mac App Store 2011 app by Apple. This feature collects the year’s best apps, chosen by the Mac App Store editorial team. And Swackett for iPhone has been selected for inclusion in App Store Rewind 2011 in the US.

CNN has named swackett as one of 50 new tech tools you should know about.

“Its been a great year,” added Gilbert. “We’ve got some great Swackett tech in the pipeline, and we can’t wait to share in 2012!”

On this day in 2011 Swackett for Mac made it’s debut on the front page on the brand new Mac App Store.

The number grew to over a million in 2011 — and saw Swackett ranked as the #1 weather app in the world for 67 countries worldwide.

Swackett for Mac would be ranked the #1 weather app in the Mac App Store for 4 years running.