Johnny Galecki and Kunal Nayyar are Swackett’s Peeps of the Day!

Swackett salutes Alyson Lee Hannigan; an American actress best known for her role as Lily Aldrin on the CBS sitcom How I Met Your Mother.  (born March 24th)

Swackett salutes William Shatner, an American actor in films and television who is best known for his role as Captain James T. Kirk in this scene from the classic Star Trek series. (born March 22nd)

Bob Ross was the creator and host of The Joy of Painting, an instructional television program that aired from 1983 to 1994 on PBS in the United States and in Canada, Latin America and Europe. The Joy of Painting taught its viewers techniques for landscape oil painting.  It’s last episode was recorded on May 17, 1994.

Laurie was listed in the 2011 Guinness World Records as the most watched leading man on television and was one of the highest-paid actors in a television drama.

Swackett salutes a period drama about one of New York’s most prestigious ad agencies at the beginning of the 1960s: Mad Men. The series focused on one of the firm’s most mysterious but extremely talented ad executives, Donald Draper.

Set in 1960s New York, Don Draper struggles to stay on top of the heap in the high-pressure world of Madison Avenue advertising firms. Aside from being one of the top ad men in the business, Don is also a family man, the father of young children.

Meteorologist Jim Cantore is Swackett’s Peep of the Day!

James “Jim” D. Cantore is an American meteorologist best known as an on-air personality for The Weather Channel. (born February 16, 1964) 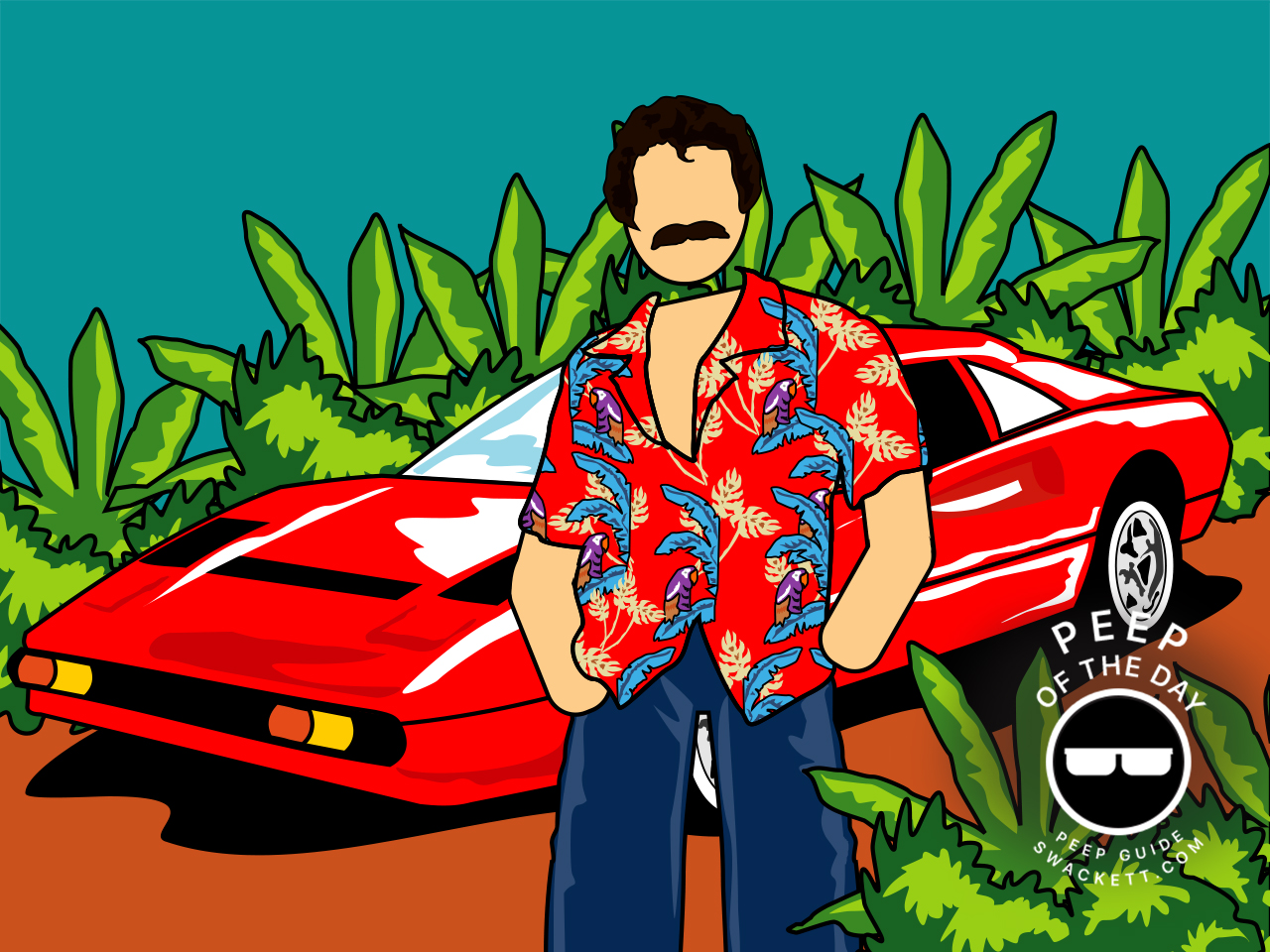 Tom Selleck is Swackett’s Peep of the Day!