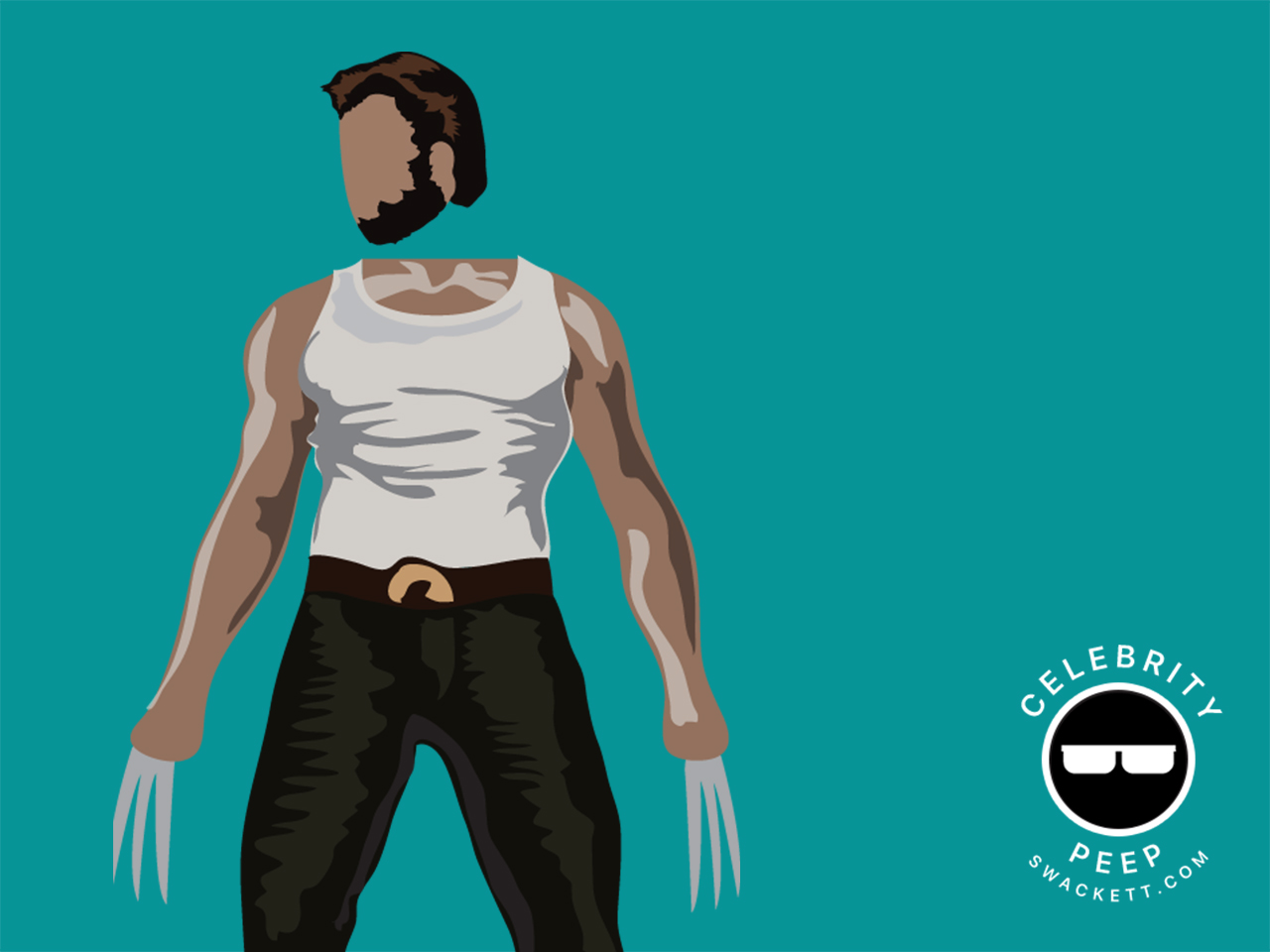 Swackett salutes Hugh Jackman, an Australian actor, singer, and producer. Jackman has won international recognition for his roles in a variety of film genres. Best known for his long-running role as Wolverine in the X-Men film series. (born October 12th) #hughjackman #youbeenpeeped #swackettapp